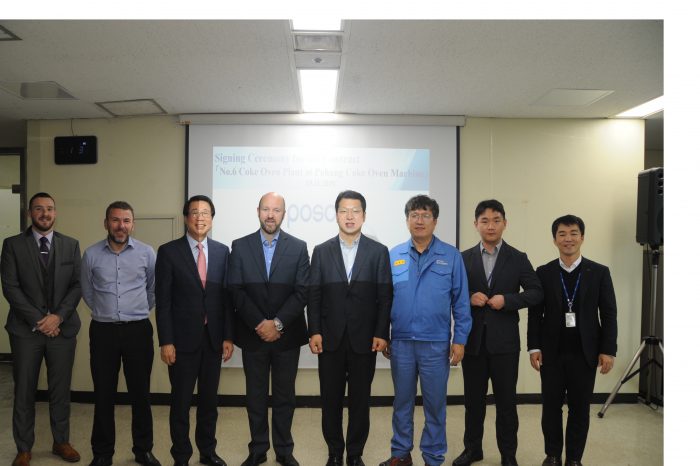 POSCO, the world’s largest steel manufacturing company by market value, have awarded JMH the contract for the engineering design, supply, and commissioning of 2 complete sets of 7.6m Coke Oven Machines to operate on the future coke oven battery no 6 in Pohang.

Manless. Smokeless. Reliable are the key guarantees of the JMH Coke Oven Machines, considered World’s Best Available Coke Oven Machinery Technology. The machines will operate manless, without operators on board and will perform to the highest level of environmental performance across all areas of operations, from coal charging, to the coke side and pushing side operations, as well as on coke oven door emissions.

The contract between POSCO and JMH, signed on 19 November 2020, marks the fourth cooperation between the two companies in South Korea, after three projects completed by JMH in 2007 and 2008, when 15 New and 45 Remodelled Coke Oven Machines were successfully commissioned in fully manless and smokeless manner.

The new JMH machines will become operational in August 2023.